What Does Experiential Marketing Mean?

What does experiential marketing mean and why is it so important?

The ultimate aim of experiential marketing is to introduce an individual, or a group of individuals, into an immersive brand experience – providing an opportunity to leave an impression, intrigue and compel consumers.

While larger, well-established brands have the opportunity to go the extra mile and create experiential marketing initiatives that reach across the world, many other small scale alternatives can be used to form a relationship between brands and consumers. For example, a digital graffiti wall allows those attending the event to get interactive and use the tools and technology provided to create exciting prices of artwork. Alternatively, a photo booth is a simple, yet effective way to get people involved in the campaign without forcing branding down their throat. With photo booth rental in London you can choose from several photo booths, so you are guaranteed to find one that is perfectly suited to your company and event. 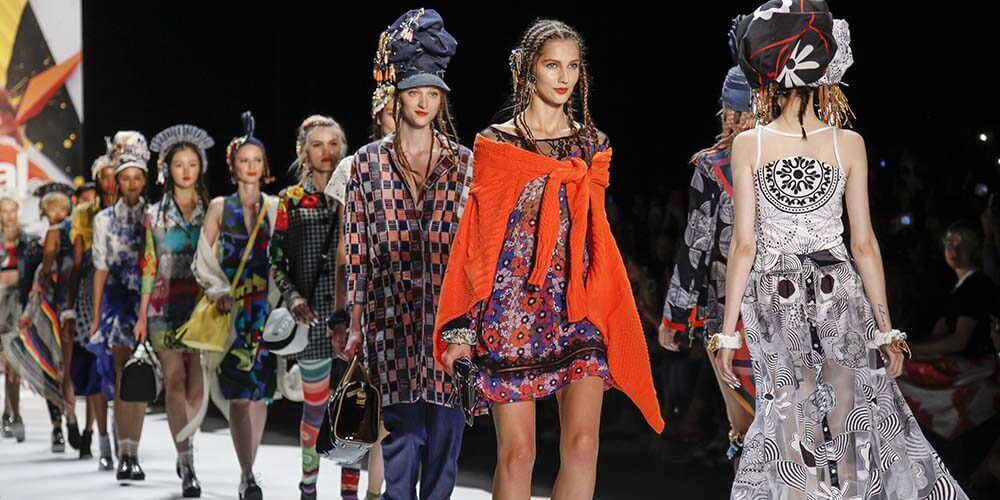 Every year since 2015, American digital media and entertainment company for young women, Refinery29, collaborates with visionaries, brands, and nonprofit organisations to create an interactive experience. Originally created to celebrate the brand’s 10-year anniversary, 29rooms was also organised to disrupt the exclusivity of New York Fashion Week – and the results were incredible! Year after year, Refinery29 impressively celebrates the impact of art and culture through interactivity and engages millions of people globally to express themselves more freely, and unlock our inner creativity. Below is a timeline of the various 29Rooms experiences which have occurred over the last few years:

The first 29Rooms was an experiential journey into the heart and style of culture.

In 2016, the theme for the event was “Powered by People” and this led to the creation of an experience that explored how individuals can create change, putting attendees at the centre and in control of the 29 installations.

“Turn It Into Art” was the theme in 2017 and was called to action to celebrate the transformative power of creativity. The 29 rooms were built to channel art’s ability to unify, heal, and uplift; to provoke new ideas and new actions.

In its fourth year, the theme was “Expand Your Reality”, which aimed to unlock imagination, provoke thought, and dare people to dream bigger. Features such as hands-on art made guests become the artists and artists become performers while phone-free experiences called for introspection or self-expression, and live performance challenged guests to open and engage with themselves and others.

For Refinery29, there are 4 core values they wish to highlight during every 29Rooms experience:

Furthermore, award-winning entrepreneur and visionary leader Piera Gelardi said “Our intention for 29Rooms has always been that it’s a place to ignite creativity, spark dialogue and inspire people to dream bigger” and it cannot be denied that this is certainly achieved.

In 2016, WaterAid worked alongside Proximity and MediaMonks to create the innovative Hope Lockers. This tech-infused charity campaign consisted of inserting a video display into coin-operated changing room lockers to create the opportunity for “micro donations.” Hope lockers are essentially your standard changing room locker, but there is a twist before your pound is returned. Instead of simply getting your coin back, a video will be displayed which asks if you’d like to donate it to WaterAid. The integrated screen would even ask you if you swallowed any water during your swim, telling you not to worry if you did because nothing in the pool will kill you. However, it would inform you that in the time you were swimming, dirty water killed one child every minute in other areas of the world. It is with your £1 donation that you have already put in the locker, should you choose to give it, that a child can be provided with safe drinking water for up to 4 months. This is one of the best examples of experiential marketing as The Hope Locker uses the immediate and non-confrontational nature of technology to make an emotional connection and provide context to charity campaigns in a way that could be essential to securing a donation. 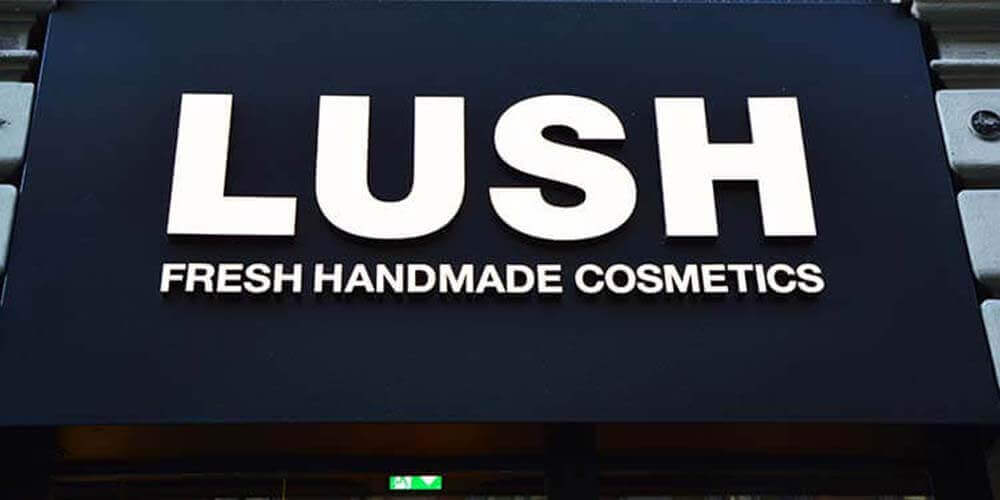 Cosmetic brand Lush uses its annual Creative Showcase to promote new products as well as its digital and ethical credentials. If you have ever been to a Lush store before, you will know they already give an immersive experience, with their employees regularly giving demonstrations of products. When it comes to The Showcase, they take this approach one step further and allow super fans to get involved on a grand scale.

Last year, Lush’s cosmetic revolution aimed to challenge our perceptions and take experimental to another level. The eco-friendly brand achieved this by manufacturing moods, making naked normal and turning the floor beneath our feet to jelly. The hair-raising creations, controversial conversations and explosive campaigns all allowed Lush to achieve its goal of driving inspiration and shattering convention.

Globally recognised brand Coca Cola unveiled a new initiative in 2013 which aimed to break down barriers and create a moment of unity between two nations at odds – India and Pakistan. The small world Coca Cola vending machines provided a live communications portal for Indians and Pakistanis to interact with and engage across country borders. Ultimately, Coca Cola wanted to provoke happiness and a sense of belonging through human connections.

The vending machines which were placed in two different locations across the globe encouraged individuals to put their differences aside to complete a task together – these tasks included waving, touching hands or dancing. Once the task had been completed, both participants would receive a coke as a reward. By virtually uniting people, Coca Cola was able to capture each emotional exchange live and solidify the idea that what unites humanity is far stronger than what sets us apart. During the three-day experience, more than 10,000 cans of Coke were given away, proving that such a pure experience can, in fact, unite the divided.

To promote a more eco-friendly lifestyle, Volkswagen devised The Fun Theory campaign. The strategy consisted of four different public interventions: a piano staircase, a bin with a fifty-foot drop, the bottle-bank arcade, fast lanes in supermarkets and subways and a speed-camera lottery.

As a way of encouraging people to take the staircase instead of the escalator, Volkswagen converted steps at the Odenplan subway station in Stockholm into working piano keys. This initiative proved to be very popular with videos of the concept receiving over a million views on YouTube. The idea made such a huge impact that replicas of the piano stars appeared all over the world, including Melbourne, Istanbul, Milan and Colombia. The widespread replication of Volkswagen’s concept proves how effective experiential marketing is when you want to make connections with a wider audience while still promoting your core company values.

In order to increase brand identity, television network HBO partnered with production studio UNIT9 to create interactive escape rooms. These escape rooms were inspired by shows broadcast on HBO such as Game of Thrones and Silicon Valley.

With the goal of making the experience as interactive and immersive for fans as possible, each room was immaculately detailed. Upon entering each room, participants received a series of clues and had to work together to solve puzzles and escape to progress. If visitors solved all the challenges, a door was opened to the final room which featured the iconic Iron Throne.

The HBO installation, which served around 1,500 individuals over its three-day run in Austin, excelled at bringing the audience into the worlds of the network’s different shows, thus effectively increasing brand identity.

As a way of promoting its new line of Novamin Complete Protection toothpaste, specially designed for sensitive teeth, Sensodyne set up The Great Sensitivity Test. Located in the iconic capital of England, the test was in the perfect location for ultimate customer engagement and was separated into three zones:

The Sensitivity Zone featured a dynamic 360 stand that offered people a choice of experiences. Individuals could choose from a 10-minute sensitivity dental check with 1 of 10 professional dentists, a chance to play and win a prize with the ‘How Sensitive Are You’ buzzer game, free product samples and advice from top Sensodyne brand representatives.

The Giant Molar stood at 4 metres tall and used the renowned Tower Bridge as a backdrop, offering the public a fantastic photo opportunity experience.

A dental expert at the event guided a crowd of 232 people through an oral hygiene lesson in an attempt to break a world record. The lesson not only educated the crowd, but the staff offered onstage entertainment and called for crowd participation.

As a result of The Great Sensitivity Test, Sensodyne received 150 media mentions, (giving the campaign an overall reach of 4,000,000!) 200 dental sensitivity checks were carried out on the stand, and 6,480 Sensodyne Complete Protection toothpaste samples were distributed.

Experiential marketing is an excellent strategy for brands to use when they want to make a more significant connection with their consumers. By interacting with individuals creatively, it is likely to leave a greater impression in their minds, adding character to your brand and making it more thought-provoking. If you want to give experiential marketing a try but don’t know where to start, why not consider photo booth hire in London for your next corporate event?

You Can Also Read...

Following on from the latest COVID-19 government update, we have, unfo...

8 Tips For Rescheduling A Wedding

After celebrating your engagement and spending months planning your sp...

Common Event Planning Mistakes And How To Avoid Them

Making mistakes can be one of life's most valuable learning tools; how...

How To Throw A Festival Themed Party

The theme of any event sets the mood and tone of the evening, and what...

Start a Conversation
Hi! Click one of our member below to chat on
Harry And Edge